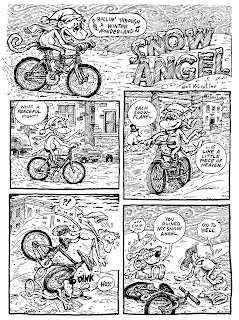 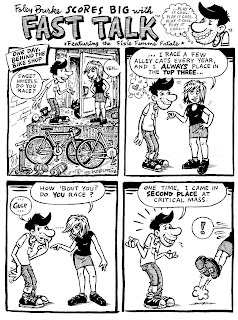 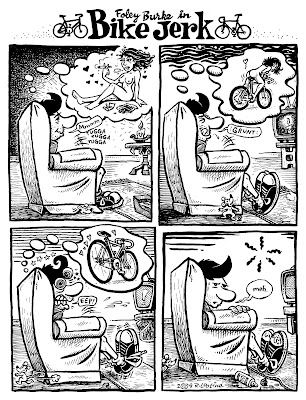 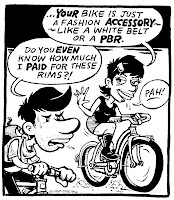 Analog Boy is rolling over in his grave. 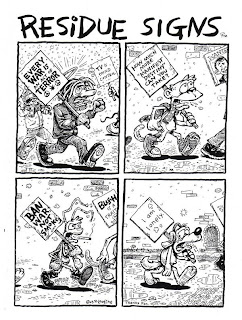 I may still be a pixel-hating luddite. But I'm fucking this binary bimbo anyway.
My relationship with computers has wavered around the way the technology treated my meticulously inked doodles.
My digital dread took root as publishing began to move away from off-set printing in the 90s, toward using scanned images, formatted on low-memory computers. Spendy equipment could do a fine job of it. But, the out-dated second-hand computers used by the small publishers who accepted my work, usually pixellated and bastardized the lines I had carefully laid. As a result, my comics often appeared as though they were filtered through a drunken robot, who shit them onto the page.
My web presence has increased in the last few years as affordable technology finally caught-up with my high-dpi needs. So, I can now be friends with robots, but I still don’t want one in my home. That's where I live the analog dream.
It's the odd-jobs that keep computers in front of me. So, when the boss isn’t looking, I may type a line. And after I sneak a minute with the scanner, I’ll post a comic strip.
This is my blogspot.
Posted by R. Lootine at 12:27 AM No comments: